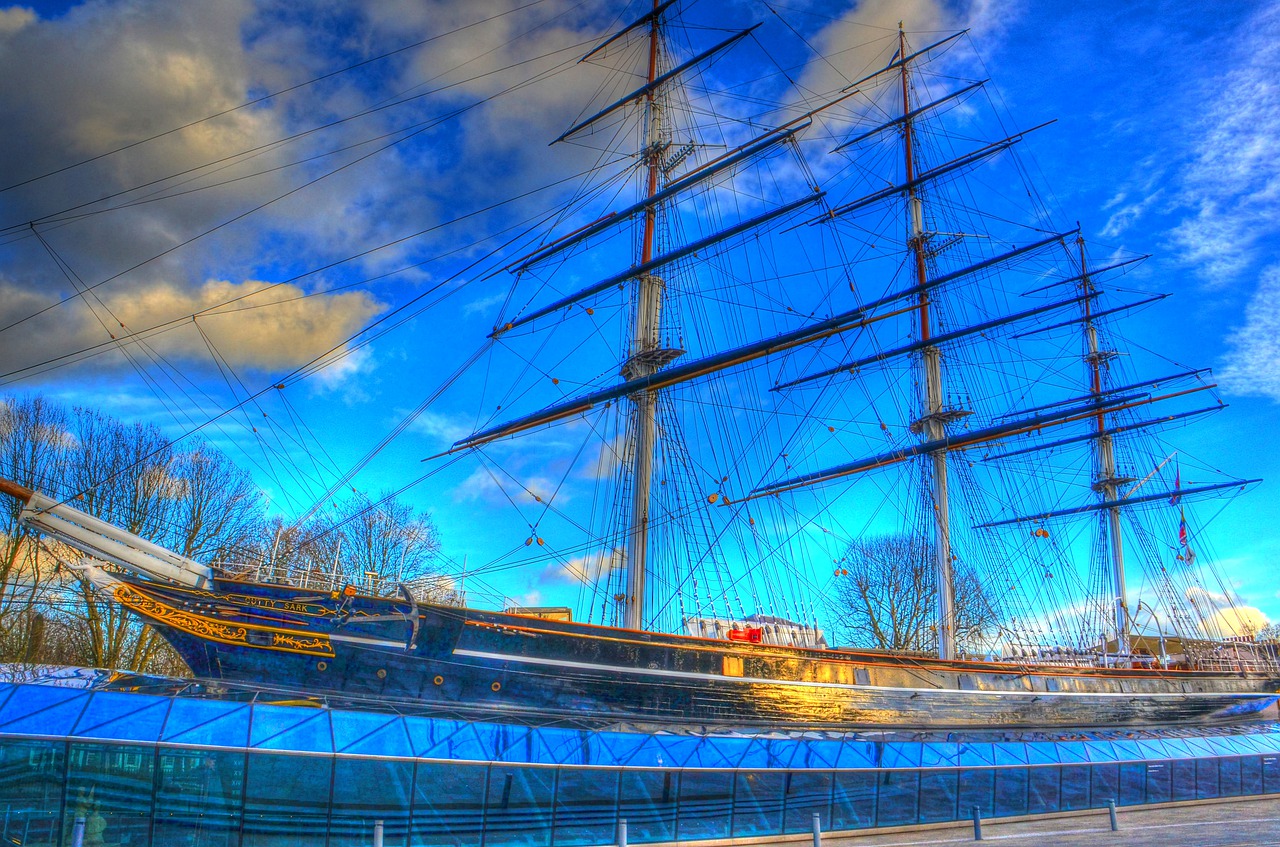 Museums
masquer
1 Video
2 A museum rising from the ashes
3 How to get there and visiting hours:
3.1 Entrées similaires:

The Cutty Sark has made a name for itself in the oceans and on its retirement it became a museum. Built in 1869, Cutty Sark made its first voyage the following year. At the time, the tea trade between England and China was extremely lucrative. As a result, the speed of the ships made a difference in the stiff competition between traders.

And it was precisely because of speed that Cutty Sark built its great reputation. Over time, its technology became obsolete. Downgraded, it began transporting wool between Australia and England. After passing into the hands of Portuguese owners in 1954, Cutty Sark arrived at its final port, Greenwich, south of London.

A museum rising from the ashes

During a renovation in 2007, it was hit by a devastating fire. It was reopened to the public on 25 April 2012 in a ceremony attended by Queen Elizabeth and Prince Philip.

It is a visit that is worthwhile from every point of view: leisure, historical curiosity, design, naval engineering works. You will certainly fall into one of these areas of interest. Don’t just stay anchored there, Cutty Sark is one of those must-see places in the city.

How to get there and visiting hours:

Cutty Sark is open daily from 10am to 5pm. It only closes on 24th and 25th December. Entrance is permitted until 4.30pm.