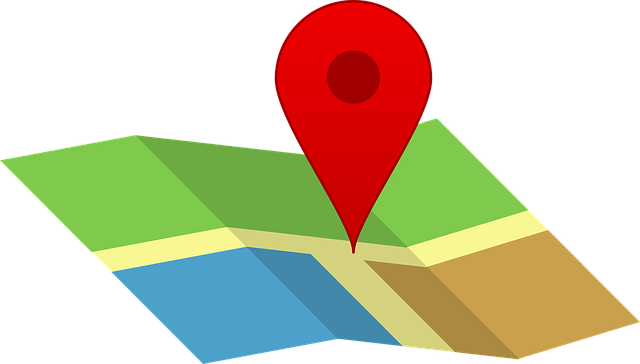 James Bond, Agent 007, is no longer just a literary character created by Ian Flemming. Thanks to the successful film adaptation and, above all, the acting talents of Sean Connery, Roger Moore, Daniel Craig, Bond has literally become a household name, a symbol of incredible spy adventures, breathtaking stunts, successful romantic operations with women and, of course, a reference for men.

During his long film service, Bond performed the most difficult tasks around the world, but as a true Englishman, he could not ignore his native capital. In England’s capital, there are many places in one way or another linked to the activities of the legendary 007

A luxurious club and casino in central London, where the audience’s first encounter with Agent 007 in Doctor No takes place. This is where the quote “Bond, James Bond” is pronounced. The institution still exists safely today. The club is compulsory to visit if the treasury reimburses you for all expenses as Bond.

The real headquarters of MI6, Bond’s employer. Britain’s powerful intelligence agency is housed in an Art Nouveau building that is rather unexpected on London soil. In this anthill brimming with state secrets, 007 has been on several occasions (“Goldeneye”, “And the World is Not Enough”, “Quantum of Solace”). It should be noted that a sightseeing tour, most likely, will not work – the building is secure, but no one will prohibit walking around the building. The main thing is not to arouse the suspicion of the guards.

“The Reform is the true incarnation of the Blades Club from the James Bond universe. It is in these interiors that the famous sword duel scene between 007 and Graves in “Die Another Day” takes place. The club works well today, but becoming a member is not so easy. The building is featured in a small episode of “Quantum of Solace”.

A classic old building in the heart of London. Throughout Bondiana, Sommerset House played two roles at once. In Tomorrow Never Dies, for some reason, it became a military office (the real one was ignored), and in Golden Eye, it is used as a backdrop for the image of a certain park in St Petersburg. Currently, in addition to government services, there are several art galleries inside the building that are worth visiting.

In this beautiful old building, a true architectural landmark of the early 20th century, 007 was repeatedly instructed on ‘Octopus’, ‘License to Kill’ and ‘View to Kill’. Military bureaucrats in Britain still work successfully here in comfortable offices. A tourist will again have to limit himself to outside observation.

A famous monument is the arched bridge over the Thames, built in 1862 opposite the Palace of Westminster. Great views in the heart of London. In Die But Not Now, Bond finds the entrance to an abandoned tube station nearby and gets closer to unravelling the mysteries of the plot. Unfortunately, no such dungeon exists in reality.

A luxurious 5 star hotel in central London, built in the Victorian era and retaining glorious traditions. In a strange quirk of the Golden Eye filmmakers, the Langham has been transformed into a Russian hotel, the Grand Hotel Europe. Of course, it would be nice for Russia to acquire such a building, but it is still in central London.

A magnificent Orthodox church in London, built in the late 19th century. The cathedral became a real gift to the makers of Goldeneye – they had the opportunity to film far away Russia without taking their suitcases. It was here that an important meeting took place between the film’s characters with decidedly Russian names – Natalia Simonova and Boris Grishenko.

An ancient auction house, founded in the distant 18th century and which has since acquired enormous prestige, where valuable multi-million lots are regularly sold. In “Octopussy”, Bond visited the establishment, but not for idle entertainment – he deftly changed the Faberge egg to get closer to the villain Kamal.

A huge, futuristic-looking indoor stadium, towering ruthlessly over the banks of the Thames. In the film “The World is Not Enough” James Bond fell from a balloon onto the spherical roof of this giant building and rolled to safety without so much as a scratch. That’s why he and James Bond. The rest of the O2 Arena can offer vivid architectural impressions and a range of entertainment under the arcades – it’s a huge sports and entertainment centre offering visitors food, music and all sorts of shows.

Harry Potter – a young wizard, created by the British writer J.K. Rowling, has become one of the most successful book heroes, he also managed to conquer big screens. Children and adults alike love his adventures, and there’s a reason – they provide a much-needed and invigorating dash of magic.

A station in North London, built in the mid-19th century. It is from here, from platform 9 ¾, that gifted children depart for Hogwarts. The path is hidden – to ordinary people it looks like a brick archway. But overlaps do happen: recently a luggage trolley got stuck here – a great place for a memorable photo.

A futuristic bridge over the Thames, built in 2000. In Harry Potter and the Half-Blood Prince, it collapses beautifully and falls into the river. In reality, the crossing is still resisting the onslaught of dark forces. Here you can fantasise and imagine yourself as a wizard, as well as admire the British capital – the view that opens up is worth the attention.

A fine example of British neo-gothic architecture, combining station and hotel. Against it in “Harry Potter and the Chamber of Secrets”, the Weasley flies away in his magical car. This building can also be seen in the final scene of the film adaptation.

London Zoo was opened in 1828 and is home to many beautiful, rare and dangerous species of wildlife (over 750 species). Here, Harry first talked to the snakes.

One of the finest covered markets of the Victorian era, it still functions for its intended purpose. Leadenhall was successfully used to recreate part of the Crossroads and the entrance to the Leaky Cauldron Bar in Harry Potter and the Sorcerer’s Stone. This location is best enjoyed on a walking tour; in the process you will learn many facts about the filming, the writer and the actors. The place is worth a visit for its special atmosphere and perfect for a walk and shopping.

A busy city centre road junction is the location of the famous scene from ‘Harry Potter and the Deathly Hallows’, where the wizarding trinity barely managed to dodge the London bus. In fact, there are many shops and entertainment venues in the square.

One of the oldest stations on the London Underground. In the film “Harry Potter and the Order of the Phoenix”, the hero personally uses this wonderful form of transport. The station is also worth a visit because of its geographical position – the heart of the British capital is located above it with a number of interesting sites.

An arched bridge over the Thames, built in the 1930s. In Harry Potter and the Prisoner of Azkaban, a car scene takes place in which Harry’s bus slides safely between two others. The bridge can be explored in detail – there is a pedestrian section on it.

The magnificent Australian Embassy building in Britain on the Strand, built in 1918. In the Harry Potter world, it served as the architectural prototype for the goblin-run Gringotts Wizarding Bank.