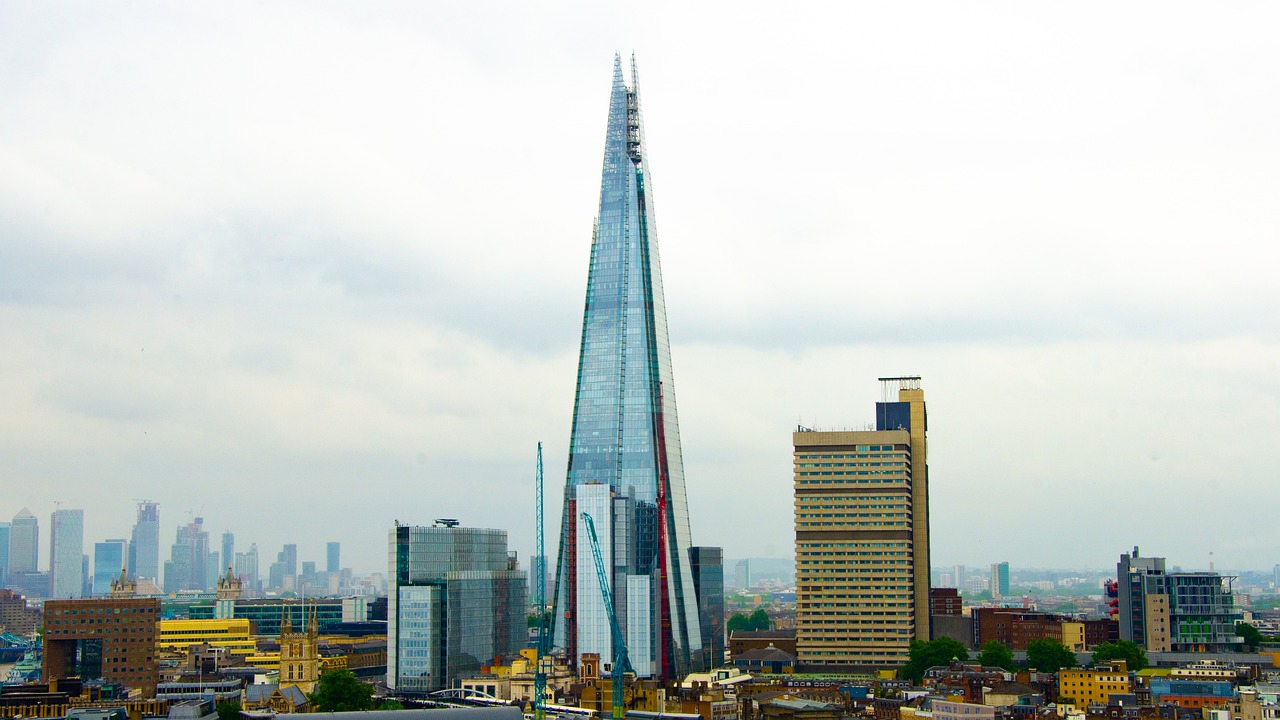 Is the tallest building in Western Europe, which offers a
360-degree view of London and is open to visitors. In other words, you can have a unique view of the English capital. The whole experience of the Shard is incredible, starting with the lifts themselves, which reach the top at an impressive speed.

The Shard in London

First of all, you should know that The Shard in London is the best representation of a skyscraper. After all, it’s 95 floors and a total height of 309.6 metres.

The building is the work of architect Renzo Piano and was completed in 2012. Its structure attracts as much attention as the panoramic view of London it offers. This is because it has a pyramidal shape and is covered with glass. In this way, the building impresses even when viewed from the outside.

The Shard in London is located in the Southwark area, on the banks of the Thames, where London City Hall is also located. The idea behind its construction was to replace the famous Stouthwark Towers, which were built in 1975.

For those who think the building only houses executive offices, there’s practically a whole world inside. In addition to a hotel, it houses restaurants, flats and offices.

The observatory, called The View From The Shard, was opened to the public in 2013.

How to visit The Shard in London

A visit to the Shard in London is only allowed after purchasing a ticket. So there are several ways to do this, but the advice is to guarantee your ticket in advance to avoid queues.

How to get there

The Shard’s location in London is easily accessible. You can easily reach it, especially if you use the underground.

The building can be reached via the Jubilee Line and Northern Line underground lines. If you get off at London Bridge Station, in Zone 1, you will easily find the skyscraper.