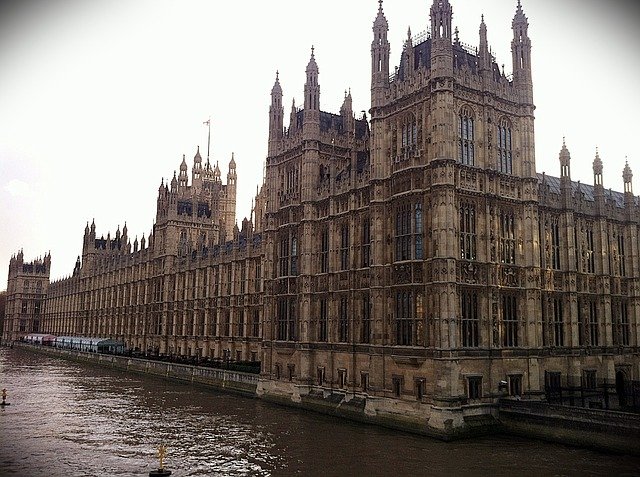 Monuments
masquer
1 History
1.1 Video
2 How to get there?
2.1 Entrées similaires:

Officially known as the ‘Palace of Westminster’, the Houses of Parliament are today home to the two chambers where the House of Lords and the House of Commons meet to lobby, debate and go about serving the people of Great Britain.

Prominently situated on the north bank of the River Thames, the Palace of Westminster is one of the largest Parliaments in the world and contains over 1,000 rooms and over two miles of corridors.

Sitting on the west side of the Palace is one of the city’s most famous landmarks, the Clock Tower, popularly known as ‘Big Ben‘. Big Ben is actually the name of the huge bell, whose tolling tune is instantly recognisable, while the Clock Tower itself, which rises above the seat of British government, is simply called the ‘Clock Tower’.

The first Palace of Westminster, according to documents, dates from 1042. The orders of the monarchs of the kingdom replaced the tower, which, as the city expanded, became one of the capital’s most important landmarks.

It was this man who decided that the palace should have a luxurious hall in which they would not be ashamed to welcome representatives from other countries to hold lavish techniques and even perform coronation rites. Alongside these ceremonies, the Red Wilhelmine II Order of Westminster-Hall began to hold continuous sessions of the country’s judicial authority, the Supreme Court.

The Palace of Westminster is not only interesting for its architecture. In the distant 13th century, a very important document was signed here, which played a key role in shaping the political instrument of England. It is from this document that many prestigious universities today teach students what a modern, secure democratic state should look like and how to get rid of bureaucracy and tyranny. It was in the 13th century that King John Penniless of England, under pressure from the state, signed an edict that has gone down in history as the ‘Great Charter of Values’.

Of course, there is no anarchy about this that was not. All ‘freedom’ was to be taken away from the king alone to administer the country: many important foreign and domestic policy decisions from the 13th century onwards were taken by Parliament, elected by the people. Monarchs became a mere symbol of the country, something like a coat of arms or a flag.

Even taxes are accounted for by Parliament. That is why the Palace of Westminster is not only London’s “calling card”, its main attraction, a monument of architecture and history, but also a symbol of the constitutional parliamentary monarchy.

The building of the Palace of Westminster and its extension is still a long story: people have consistently supported the improvement of the building because it is a parliament that at one time saved it from despotic rulers. However, in 1834, almost the entire Palace of Westminster, which had been built in 1042, burned down. Of the once majestic building where England’s Parliament was born, only two structures remain: Westminster Hall and the Jewel Tower.

The restoration of the Houses of Parliament was urgent: immediately after the fire, the English government announced a competition for the best designs for the new Palace of Westminster. After many difficulties, the winner was Charles Barry, who presented a grand and unique design.

Over such a long period of time, not only was the Palace of Westminster rebuilt, but also St Stephen’s Tower, where you can sometimes find, with its vast array of posters, calendars and other printed products, the same famous and legendary Big Ben that is no doubt familiar to almost every civilised inhabitant of our planet.

How to get there?

During late July/August and mid September/early October, Parliament is in recess and the summer opening of the Palace of Westminster takes place. Extensive guided tours are offered for visitors; these last about 75 minutes and include the Royal Robing Rooms, the House of Lords and the House of Commons and Westminster Hall. These are not free and they must be booked in advance (in person or from Firstcall, see below). Visitors who want to watch Parliament at work, rather than tour the Palace, can watch from the Strangers’ Gallery. When Parliament is in session, there are two long queues (one for the House of Lords and one for House of the Commons) outside the Palace.