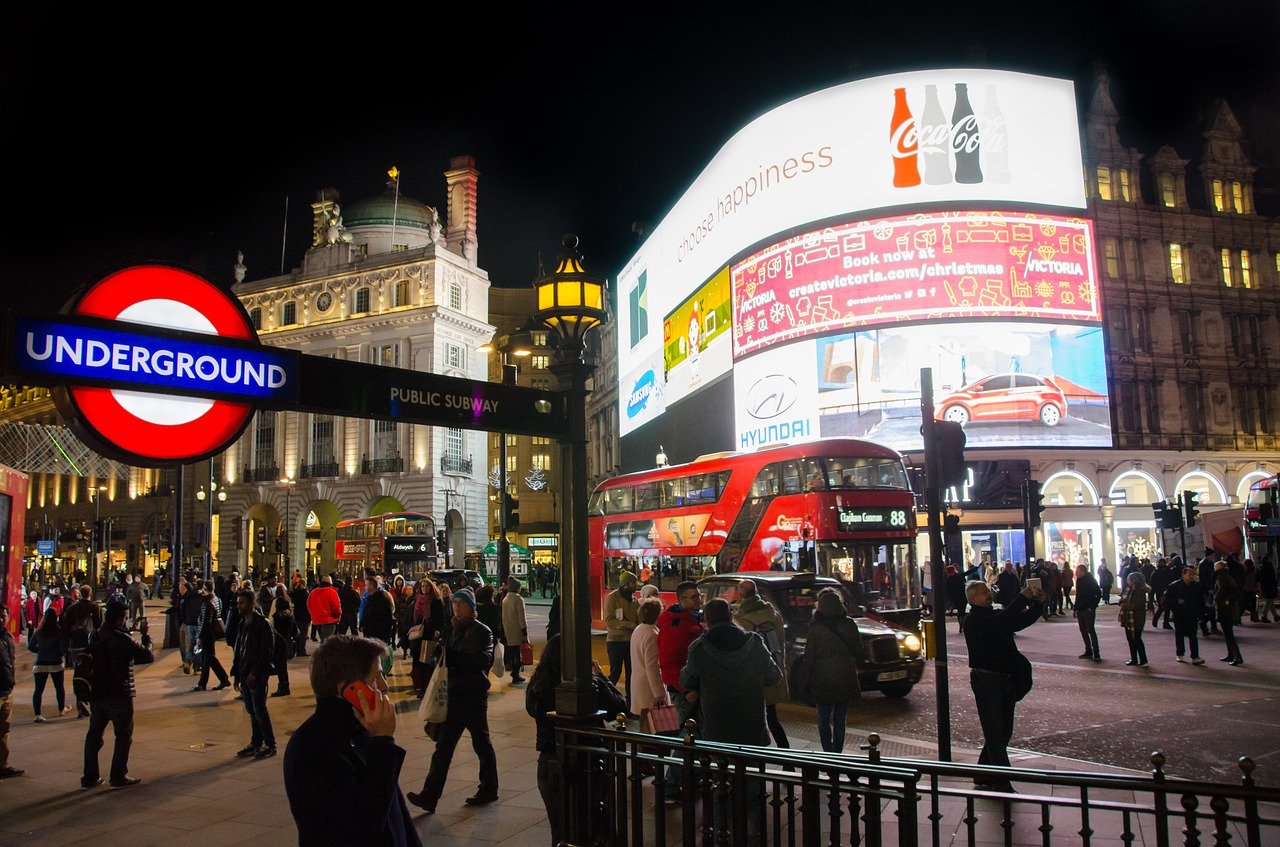 Today, it is immediately connected to the theatres of Shaftesbury Avenue as well as the Haymarket and the House of Sweets near Leicester Square, it is very close to shopping and entertainment areas, its central location is at the heart of the West End, and it is the transit junction that has made the locality a major tourist attraction and sharing point.

The junction is known for its huge video screens and neon advertising signs above the buildings on the northern corners, as well as the Shaftesbury Memorial Fountain and the sculpture of the angel of Christian charity known as Eros. It is enveloped by the imposing buildings that include the London Pavilion and the Criterion Theatre, and close to the square is City Underground Station.

By day the area is bustling with a mixture of tourists, shoppers and workers and by night it is a thriving centre instantly recognisable by the huge neon advertising hoardings that adorn several buildings.

The word Piccadilly first appeared in 1627 to name a house, Pickadilly Hall, owned by Robert Baker, a tailor popular for offering various collars. The avenue was named Portugal Street in 1693 after Catherine of Portugal, wife of King Charles II of England. The underground station in the square with the same name was built in 1906. In 1908, it received its first billboard on a building in the area.

The junction of these avenues has supported a steady flow of traffic since its construction, and is located in the middle of the Landia Theatre, the city’s main theatre division, which supports an exit from Piccadilly to Haymarket Road on the west side of Hyde Park, and most closely resembles London’s Parisian Boulevard.

What to see at Piccadilly Circus

Many people mistakenly think that this is a statue of Eros, the Greek god of love, union and affinity. This is because of the physical resemblance to his brother, Anteros, the god depicted on the statue in Piccadilly Circus. The sculptor Alfred Gilbert depicted Anteros as the god of mature, reflective love, as opposed to Eros.

How to get to Piccadilly Circus