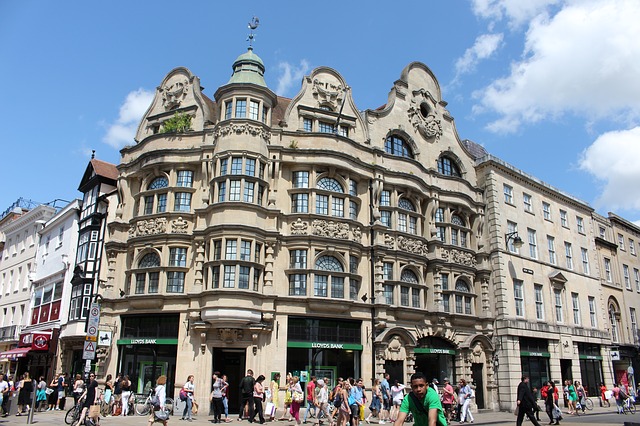 Oxford Street is the queen of high streets. It is one of London’s most famous shopping streets, and home to a concentration of fast-fashion shops. When it comes to shopping in London, Oxford Street is a shopper’s paradise, both for those looking for affordable prices in the fashion shops and for those looking for luxury brands in the department stores.

Oxford Street is easy to get to, with shops side by side along the street for everyone’s taste.

At the beginning of Oxford Street you will find H&M, Next, River Island, Zara, Office, Urban Outfitters and Mango, all big box stores offering the season’s top trends at affordable prices.

The Grosvenor Estate was located between Park Lane and Davies Street. The estate was a private house owned by one of London’s most prestigious families, but slowly became one of the only private estates in Oxford Street.
Between 1838 and 1840 many of the Georgian houses built next to the Grosvenor Estate were refurbished with shop fronts. The miles of commercial development end at Park Lane.
Between 1865 and 1890 Oxford Street was completely rebuilt and all the buildings were in uniform. However, by the end of the 19th century, financial pressures forced the street to return to its original form.
Since 1908, Oxford Street has been considered a shopping mecca, with the construction of Selfridges, an upmarket department stores’ in strong competition with Harrod’s. The shop is famous for its exclusive collections of goods.